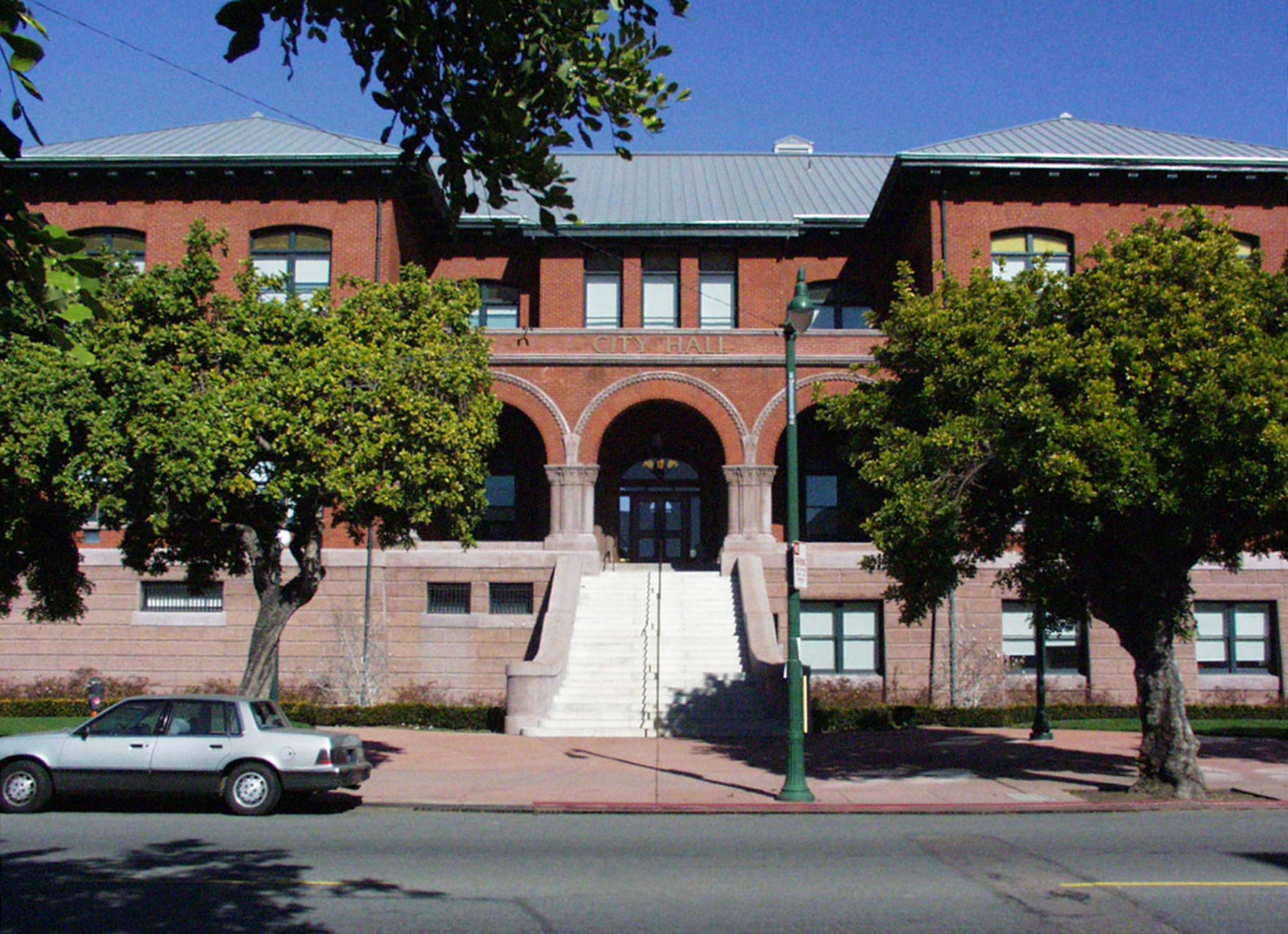 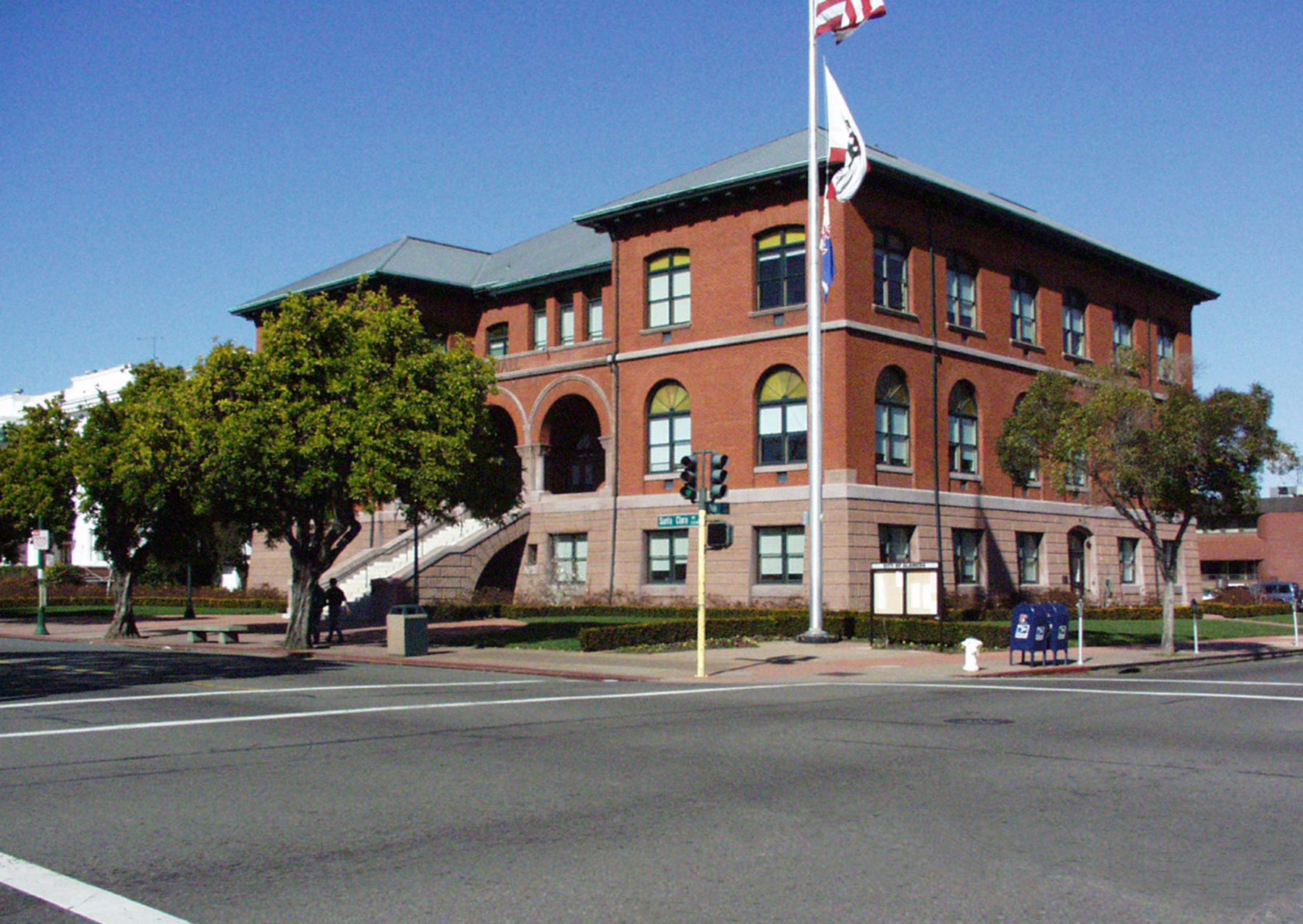 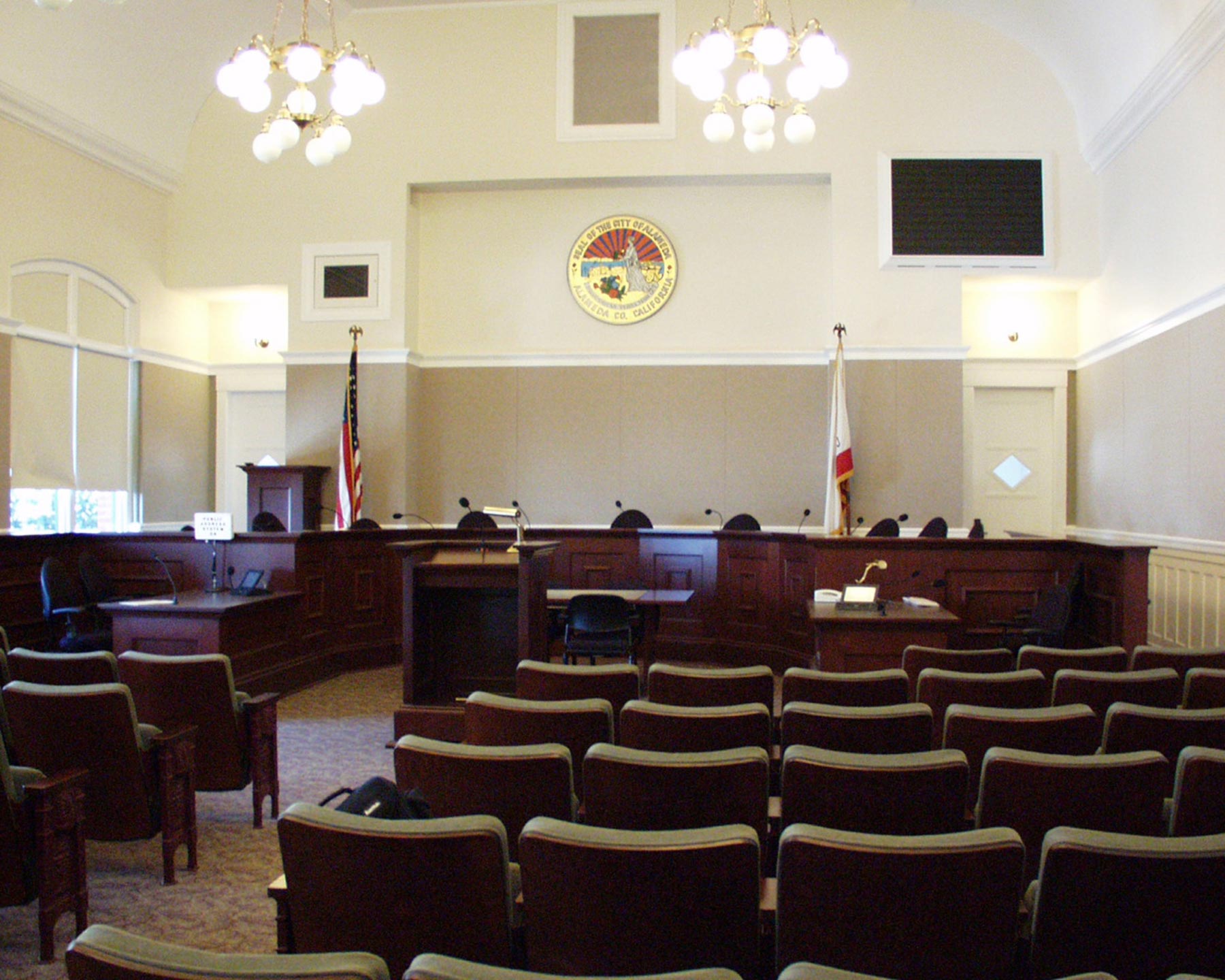 Built in 1895 and listed in the National Register of Historic Places, the Alameda City Hall needed an interior renovation and reorganization to fully function as a city facility while remaining true to its historic architectural style. The historic preservation project included programmatic planning and an interior renovation.  Ceilings were restored to their original form and shape, such as the Council Chamber ceilings that had been previously covered up. Code compliance was a critical element of this project and required new mechanical and electrical systems, structural upgrades and seismic modifications as well as addressing access compliance.

Inspired by the 11th and 12th century Romanesque style with towers and semi-circular arches, the building’s architects, Percy and Hamilton, had included a two-story clock tower rising above the central portion of the main facade. Damaged in the 1906 earthquake, the tower was removed in 1937. The client wanted the option to rebuild the bell tower as funds became available. This required seismically strengthening the building without losing the design interior’s simplicity found in the original spirit of the building. SSA’s solution applied an engineering innovation that used ceramic foam between the brick courses for seismic support, thereby freeing the interior of any imposing steel reinforcements.  The tower was redesigned and schematic documents created for future implementation.

The building exterior was renovated and included brick and stone base refinishing. The City Hall received new life through SSA’s careful program of renovation and select restoration.